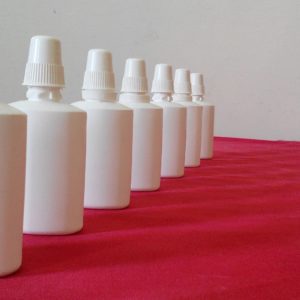 The COVID-19 pandemic sparked the rapid development of new vaccine technologies in a matter of months. For the first time in history, vaccines using synthetic messenger RNA (mRNA) technology were created.

However, administrating the vaccine has proven more difficult for a number of reasons. For example, Pfizer’s vaccine must be kept at -70 degrees Celsius, which presents logistical and distribution challenges. Some people are skeptical about the mRNA technology behind the Pfizer and Moderna vaccines, despite assurances from scientists, regulators, and public health authorities.

More recently, some scientists have been wondering if part of the problem is the fact that the vaccines are injected into the body. Would more people accept a different form of vaccine administration—for example, a nasal spray? And though current vaccines approved in the U.S. are very effective at preventing COVID-19, would a different route of administration produce an even better immune response?

A Closer Look at How Intramuscular Vaccines Actually Work

Vaccines administered via intramuscular injections release a molecule that mimics a pathogen directly into the body. These vaccines trick the body into thinking that the disease is invading the body, which prompts a response from the immune system. The immune system produces antibodies that remain in the bloodstream and can be reproduced quickly whenever the disease re-enters the body.

The Pfizer and Moderna vaccines are administered in two injections. People need to wait weeks after their second shot before they are considered immune to ensure their immune systems produce an adequate response. Over these weeks, antibodies circulate throughout the body and seep into the airways, the primary route by which COVID-19 enters the body.

However, an injection with a needle is not the only way to deliver a vaccine. Moreover, shots might not be the best way to protect against certain pathogens given how they enter our body. Scientists are asking this question with respect to COVID-19, which primarily enters through the lungs via the mouth or nose.

How Infections Typically Enter the Body to Cause Infection

COVID-19 often enters the body through the nose, where it encounters a protein known as ACE2 that is abundant throughout the nasal passages. The virus has adapted to use ACE2 to gain access to our cells.

Many other pathogens also enter the body through mucosal membranes, a term that collectively accounts for airways, digestive systems, and even reproductive tracts. Typically, these are the first parts of the body that invading pathogens find, and our bodies have evolved to account for this. A network of immune cells lives beneath our mucous membranes and serves as the front line of defense against invaders. This system provides effective protection from most infections.

The immune cells in our mucosal membranes collectively create a special class of antibodies that are secreted constantly to protect the nose and the gut, which are particularly vulnerable to pathogens. However, these cells only begin to secrete these first-line antibodies when they are stimulated to do so.

Historically, vaccines have not focused specifically on triggering the mucosal immune system—they have focused on broader systemic immunity. Even during the COVID-19 pandemic, the focus has been on building systemic immunity rather than mucosal immunity, even after it became clear how the virus was transmitted.

A group of researchers in Paris have shown that naturally occurring COVID-19 infections trigger both systemic and mucosal immunity, which has raised the question of how vaccines could do the same.

One potential solution is an intranasal vaccination, which would involve a nasal spray rather than an injection into the muscles. Building mucosal immunity is important because it could serve as a guard at the door to stop coronavirus infections before they even start. In addition, selling a nasal spray to the public may go over easier than an intramuscular injection. Historically, intranasal vaccines have received less interest from the pharmaceutical industry, but this could change because of COVID-19.

Mucosal vaccines do present some challenges. Getting the dose correct has proven extremely difficult in the past, and there are also some problems in the delivery method itself. If people can taste the vaccine, that means it has gone past the target and down the throat. If a patient sneezes after administration, there is a chance that not enough of the vaccine will reach the mucosal membranes. In laboratory research, rodents that sneeze after receiving an intranasal vaccine sometimes do not develop mucosal immunity.

Despite this, some companies have been moving forward with mucosal vaccines that have been successful in animal models. Companies have noted that animals vaccinated with the mucosal vaccine and then exposed to COVID-19 did not have the virus replicating in their nasal passages. In contrast, animals with systemic immunity had easily detectable amounts of replicating virus. Moving forward, such mucosal vaccines may serve as a new tool to boost immunity, protect against new strains of COVID-19, or even serve as a more palatable vaccine to people who don’t trust the current options.