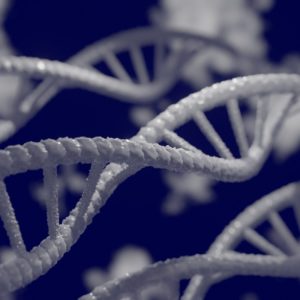 In 2020, the Nobel Prize in Chemistry went to microbiologist Dr. Emmanuelle Charpentier and biochemist Jennifer Doudna for the development of technology known as clustered regularly interspaced short palindromic repeats (CRISPR). The technology has often been referred to as “molecular scissors” for its ability to edit DNA. While the technology has led to a number of interesting ethical questions, most notably the possibility of making “designer” children, researchers have focused on its applications to the treatment of genetic diseases. CRISPR holds significant promise for treating diseases caused by a genetic mutation, including muscular dystrophy, congenital blindness, and even some types of cancer.

Why CRISPR Has Generated So Much Excitement

Already, researchers are experimenting with CRISPR therapies in humans, and this technology may find its way to a clinic surprisingly fast given the quick trajectory of its development. This is largely due to the exciting promise of CRISPR treatments. In addition to treating disease caused by genetic mutations, CRISPR therapies have many other intriguing applications. For example, many common diseases such as diabetes, heart disease, and Alzheimer’s have a genetic component that make people more vulnerable. Gene editing has the potential to cure these diseases and potentially prevent them from even occurring in the first place.

Since the 1970s, scientists have been editing genes and dreaming of such therapies, but this was largely not possible until the development of CRISPR. The problem is that DNA possesses about 21,000 genes, and editing only a single one can prove extremely difficult. Scientists have been able to do these sorts of edits for decades, but not with the precision necessary to make it safe for clinical use. The consequences of editing genes inadvertently could be quite severe, from triggering the growth of cancer to causing death. For this reason, researchers had never attempted gene editing in humans until very recently. CRISPR is the technology that makes precision possible.

How CRISPR Works on a Molecular Level

The effectiveness of CRISPR depends on the use of an enzyme molecule known as Cas9 that was first discovered in bacteria. This molecule can be programmed to effectively find a target. Cas9 carries a piece of genetic material that matches to the target site. When a match is found, Cas9 cuts the DNA double helix into two pieces, and then other enzymes work to insert different DNA chosen by the clinician before the helix structure is repaired.

At first, this technology was used to figure out the roles and particular effects of genes by cutting them out completely or otherwise modifying them. However, the medical applications soon became apparent, particularly in terms of treating diseases caused by single-gene mutations. By programming Cas9 to target these genes and replace them with functional ones, it is possible to cure diseases that previously lacked any kind of treatment, such as sickle cell anemia. Last year, a woman became the first person to receive CRISPR treatment for this disorder. Stem cells were collected from her bone marrow and treated using CRISPR to replace the faulty gene prior to being transfused back into her body. Since that time, the woman has not needed a blood transfusion or been hospitalized, which suggests that the treatment was successful.

The Challenges That CRISPR Still Faces

Moving forward, the primary challenge to bringing CRISPR technology to the clinic will be cost considerations. Since this technology is so new and involves the use of a significant amount of equipment, it can prove expensive. The researchers behind the technology recognize that a treatment or cure is not effective if no one can afford it and are currently focusing on ways to make the therapy more accessible. However, it is also important to think economically about CRISPR therapy. While the treatment is expensive, it has the potential to be a one-shot treatment. Therefore, people could avoid bills for prolonged therapy and multiple trips to the hospital. Thus, the treatment could end up saving money for insurance companies in the long run and help to get insurance companies on board for treatments.

The other major issue is how to get CRISPR treatments to the right place in the body. For hematologic conditions such as sickle cell disease, accessing the blood is rather straightforward. However, getting edited DNA to other locations in the body is much trickier. Introducing the treatment directly into the blood would largely not work since the immune system will destroy the components long before they reach the target. The other option is to load the components into a type of vehicle, such as a disabled virus, but such vectors are typically too large to get through membranes and into target tissues. Figuring out this delivery system is the next major hurdle to overcome in making CRISPR therapy a clinical reality.

Due to these challenges, the widespread use of CRISPR therapies in a clinic is likely up to a decade down the line. However, it is exciting to see how many different teams around the world are working on treating key diseases using this technology, and some options could become clinically available sooner.

← This Is What Happens When You Take a Holistic Approach to Chronic Disease Part 3: Ketogenic Diet
4 Reasons Why Entrepreneurs Should Not Ask VC’s to Sign An NDA →