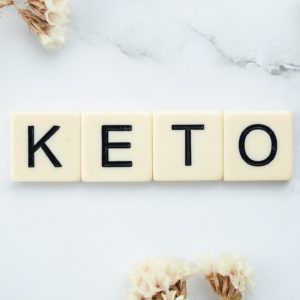 Many people rely on wearable technologies to help them optimize their health. While these gadgets can certainly help us keep track of important information, they do not replace fundamental approaches to wellbeing, such as diet.

In recent years, there has been a push to approach chronic diseases like cancer from a holistic standpoint. This means taking advantage of advances in western medicine while not forgetting the things in life that we can control, from getting proper rest to feeding out bodies the right nutrients for optimizing our own immune response.

One diet that has received a lot of attention in health circles recently is the ketogenic diet. While most people associate a ketogenic diet with weight loss, the regime may also have some key cancer-fighting properties, especially for people with brain tumors.

How the Ketogenic Diet Can Fight Brain Cancers

While the research is still ongoing, early findings suggest that a ketogenic diet can reduce the side effects of standard treatments, including radiation and chemotherapy, while also producing its own anti-tumor effects. Unfortunately, the ketogenic diet has emerged as a fad in the past few years, which may have reduced the impact of such research on patients with cancer.

However, the ketogenic diet should not be considered a fad. Rather, this diet is a metabolic therapy with a growing body of peer-reviewed research supporting its use. This research has primarily been completed using mouse models, although trials with patients who have glioblastoma multiforme, a particularly lethal form of brain cancer, are now underway. The initial trial is aiming to show that these patients can tolerate the diet and that their survival is prolonged as a result.

More than a dozen trials are now being conducted to look at the potential role of a ketogenic diet in glioblastoma treatment, some of which are still actively recruiting. The studies are being conducted not just in the United States, but also in China, Germany, and the United Kingdom.

Moreover, dozens of other trials are looking at how a ketogenic diet might be incorporated into the treatment of other types of cancer, including lung, breast, and prostate cancer, as well as melanoma. This research could result in some significant changes in practice in the coming years, especially since the early data is promising.

The Science behind Using Ketosis to Fight Cancer

The theory behind using a ketogenic diet to fight various forms of cancer comes from the fact that cancers need a great deal of glucose to promote their rapid growth. A positron emission tomography (PET) scan actually looks at glucose use rates in the body to find evidence of cancer metastasis. Any part of the body with much higher rates than normal of glucose uptake is assumed to be a new growth of cancer cells.

However, cancer cells can also use other fuels as they grow, such as glutamine, which is produced from the breakdown of proteins in the body. The benefit of a ketogenic diet is that it limits the amount of glucose and glutamine in the body and thereby starves cancer cells of the nutrients they need to grow and divide.

Healthy cells in the body are able to use ketones to generate energy. However, cancer cells cannot effectively use ketones to fuel their growth. In that sense, a ketogenic diet actually starves cancer cells. Much of the current push toward using a ketogenic diet in cancer treatment derives from a 2012 book that looked at cancer as a metabolic disease that disturbs the usual cell metabolism.

This book laid the foundation for using a calorie-restricted ketogenic diet as a treatment for glioblastoma. It may be possible to starve cells of the glucose they need to survive. The chronic starvation weakens cancer cells and makes them more vulnerable to treatments, sometimes even killing them outright. This theory explains why a ketogenic diet can also be considered an important adjunct to traditional cancer treatment.

Embracing the Ketogenic Diet as a Cancer Treatment

If you are considering a ketogenic diet, it is important to speak with your physician about this decision. The body of work supporting this diet is still in its infancy and some researchers have found evidence that it could worsen some cancers, such as leukemias.

Also, your body may react to the high amount of fat and protein in the ketogenic diet differently depending on the type of cancer you have. Some cancers can interrupt your body’s ability to break down these food components effectively, which can lead to digestive problems.

In addition, other diets have been shown to be beneficial for individuals with specific types of cancer. For example, a low-fat diet has been linked to lower incidence of breast cancer recurrence. Speaking with your provider is the best way to make sure you are making the right choice for your health. Overall, the ketogenic diet definitely has a lot of benefits with relatively little potential for harm, so for many people it is a good choice.

← This Is What Happens When You Take a Holistic Approach to Chronic Disease Part 2: Intermittent Fasting
What You Need to Know about CRISPR and Its Clinical Applications →