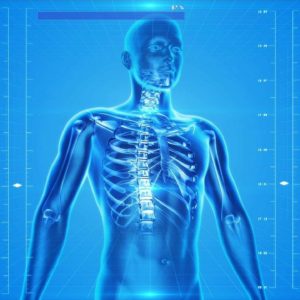 Google recently announced a partnership with the national hospital chain HCA Healthcare Inc. to develop algorithms from patient records that can be used within clinical care delivery. Currently, HCA operates about 2,000 clinical locations in 21 states. According to the agreement, all data from these locations will be stored with Google for a number of years. This data includes both digital health records and information from medical devices connected to the Internet. Then, engineers from both Google and HCA will collaborate to develop algorithms that will help improve the operating efficiency of the locations. In addition, these algorithms will be used to monitor patients’ progress and provide suggestions for action to clinicians. The potential for such algorithms is enormous given the sheer amount of data that can be used to develop them. The primary issue now is figuring out how to effectively store and access data.

The chief medical officer of HCA equated this new partnership to the creation of a central nervous system for healthcare data. Each patient creates an enormous amount of data in real time and such a centralized system is needed to help interpret the information more effectively and pick up on subtle signals that can be used to improve outcomes among future patients. Google is uniquely positioned to help with this endeavor given its prior partnerships with other healthcare systems for similar data crunching. The shift to digital records has created an explosion of information and data analysis that has the potential to uncover new treatments and improve patient safety. Advancements in machine learning and artificial intelligence have also opened new opportunities in this sphere.

Previously, deals between tech giants and healthcare providers have raised issues related to security. In this current deal, only de-identified information will be delivered to Google engineers and HCA will maintain ultimate control of all data access. That means Google can only access data with consent from HCA. This model makes sense since Google can develop analytic tools independently and then provide them to HCA for independent testing. Personal information about patients is protected under the Health Insurance Portability and Accountability Act (HIPAA), which allows healthcare providers to share information with contractors under certain privacy guidelines. However, this law has received significant scrutiny in recent years, especially in terms of slowing healthcare tech advancements.

A Stanford University professor of law and medicine says that the federal law has not kept pace with the growing demand for patient data from the technology sector. Changes to HIPAA could encourage much faster growth of the types of algorithms that Google hopes to develop through the current deal. HIPAA has also been criticized for failing to provide adequate protection to consumers. Under the law, companies can use data in ways that help develop products and drive profits without any input from patients over how their own personal data is used. As deals like the new one become more frequent, HIPAA may be revisited to facilitate easier access to patient data in a way that aligns with the needs of tech companies without jeopardizing privacy or going against how patients wish for their own data to be used.

Issues related to privacy may explain in part why it has been so difficult for technology giants to get involved with the development of healthcare algorithms. So far, the major projects have produced mixed results. Earlier this year, for example, International Business Machines Corp. (IBM) looked into selling its Watson Health business, which is its healthcare artificial intelligence unit. According to The Wall Street Journal, this unit has struggled to gain traction. Part of the problem is creating a natural connection between medical providers and tech companies. Hospitals are in good position to serve as data brokers and furthermore foster relationships between tech companies, providers, and patients, as well as other stakeholders like laboratories, pharmacies, and medical device firms. In the recent past, hospitals have been more eager to foster partnerships with technology companies to make use of the data they collect, which could open more opportunities.

One of the best examples of the trend toward data aggregation and tech partnerships among hospitals is Truveta Inc. This company was formed in February 2021 by 14 hospital systems that joined together to collectively sell their anonymized patient data across 40 states. However, hospitals have invested in other health-record analytic companies like Health Catalyst, which went public two years ago. The path forward may be more in partnerships than these formed companies. The agreement between Google and HCA could serve as a model for how to tackle such a partnership effectively. HCA largely used its own technology to monitor patients with COVID-19 and develop an algorithm for directing treatment when people become critically ill. This algorithm resulted in better outcomes for patients. The partnership with Google provides even more resources for HCA to use in perfecting this algorithm and developing new ones.

← Are Big Tech Firms Angling to Secure More of the Healthcare Tech Market?
How the Digitalization of Healthcare Has Strengthened Humanism →